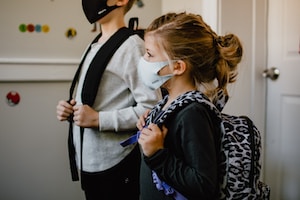 According to a release, the ACLU says under Federal Law schools cannot exclude students with disabilities from equal treatment, including masking.

They claim Attorney General Eric Schimtt’s lawsuit, which is seeking to ban masks from schools, ignores students with disabilities and that Schmitt’s claim that spread among children is low doesn’t match up to the 10-fold increase in hospitalizations among children in recent months.

As soon as the court rules whether or not they can join the lawsuit, we will bring it to you here on News/Talk KRMS.