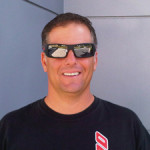 With the votes being so close it was thought a recount was going to be performed however, Hurst informed KRMS news that he recently learned that the numbers were enough for an automatic recount to not be performed unless an organization requests the state to do so.