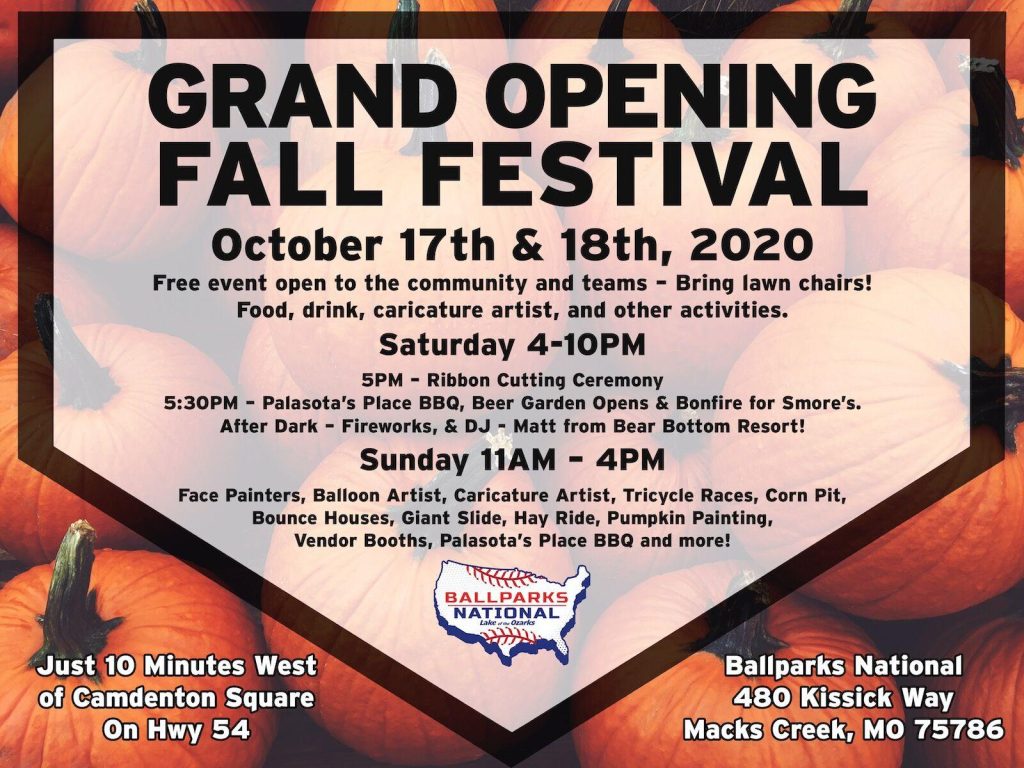 Speaking with Kevin Burns on the Morning Magazine, General Manager Jeff Vernetti says their ballparks differ from other parks across the nation, in that they spread out tournaments to give players a day and ½ off to enjoy the lake.

Vernetti says they offer a full concierge’s service and will work with teams nationwide to setup tours, boat rides and fun days at area entertainment venues.

The complex is comprised of five fields that are turf, meaning there’s hardly any rain delays outside of severe weather.

Seating is located behind home plate as well as the baselines, and there is a club house with full restaurant-style and ballpark-style concessions, along with a bar.

On Sunday Vernetti says it will be more like a fall festival.