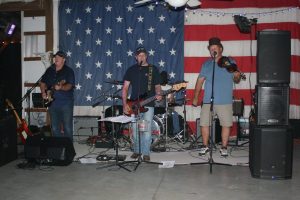 The body of a missing fisherman found in Cole County has been identified by the Highway Patrol as Randy Voss, the lead singer of the band Firecreek from the Lake Area.

The Miller County Sheriff’s Office says they were called by a camper in St. Elizabeth on report a fisherman who went missing earlier this week.

Investigators say they found fishing gear on the bank of the Osage River and witnesses think Voss may have unintentionally ended up in the water.

The Sheriff’s office says his body was found in St. Thomas, several miles away.

An investigation into how Voss ended up in the river is now underway.

Battle Over 2nd Amendment Rights Underway Between Feds And MO