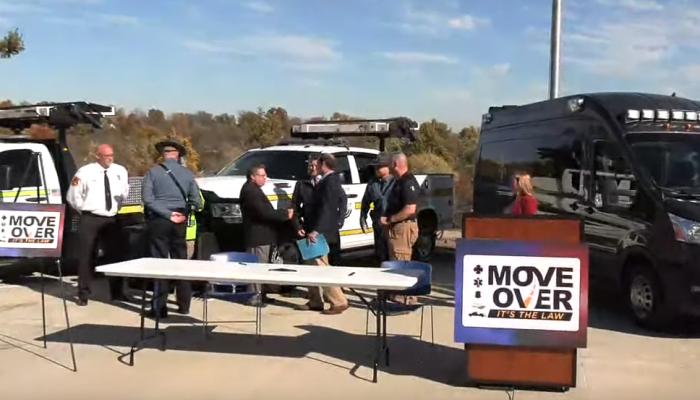 A Lake Area Arms dealer is fighting back against a 15-count Federal Indictment, following the November raid of his store in Osage Beach.

The indictment unsealed Tuesday in Jefferson City, is in connection to a series of transactions Skelton made with undercover agents, who Skelton says confused him during the purchase of their firearms.

Skelton tells KRMS News he thought the man was simply “paying for” the guns as a gift for his wife, because he handed over the money but she filed the paperwork and took the gun.

In small communities such as the Lake, that’s a common way of life when it comes to relationships.

Skelton’s court case has been set for February 14th of 2022.

The questions have been asked and now the U.S. Western District Court of Missouri is filling in the blanks following the November 9th raid of an Osage Beach Gun Store.

In a release from Public Affairs Officer Don Ledford, 74-year-old James Skelton is charged in a 15-count Federal indictment returned under seal last week and unsealed Tuesday in Jefferson City.

The indictment is in connection to a series of transactions Skelton, allegedly, made with undercover agents between September 24th and October 29th of this year.

During execution of the warrant, the ATF seized 323 firearms which are, likely, to be forfeited to the government.

The release also indicated that Skelton was arrested Tuesday morning. However, an online search does not indicate where Skelton was taken.

The following is a copy of the press release released late this (Tuesday) afternoon by the United States Western District Attorney General’s Office. KRMS Will continue to follow this breaking information and bring you the latest as the case continues.

JEFFERSON CITY, Mo. – The owner of Skelton Tactical, a gun store in Osage Beach, Missouri, has been indicted by a federal grand jury for illegally selling firearms to undercover agents of the Bureau of Alcohol, Tobacco, Firearms and Explosives.

James Antonio Skelton, 74, of Kaiser, Mo., was charged in a 15-count indictment returned under seal by a federal grand jury in Jefferson City, Mo., on Dec. 14, 2021. That indictment was unsealed and made public following Skelton’s arrest this morning.

The federal indictment alleges that Skelton, a federal firearms licensee, used his business to illegally sell firearms by allowing straw purchases; that is, allowing customers to purchase firearms on behalf of another person who is the actual buyer, but for whom there is no background check or information recorded.

Federal agents executed a search warrant at Skelton Tactical on Nov. 9, 2021, and seized 323 firearms from Skelton following an undercover ATF investigation. The federal indictment contains a forfeiture allegation, which would require Skelton to forfeit all of those firearms to the government.

The federal indictment charges Skelton with four counts of failing to keep proper records mandated for federally licensed dealers. Skelton allegedly sold 19 firearms to an undercover ATF agent in four separate transactions from Sept. 24 to Oct. 29, 2021, without recording the name, age, and place of residence of the purchaser. Skelton also is charged with four counts of failing to conduct background checks related to those sales. Skelton allegedly sold the 19 firearms to an undercover ATF agent without completing the appropriate background check through the National Instant Criminal Background Check System (NICS) prior to the sale.

Skelton is charged with five counts of failing to make appropriate entries in a required record. Skelton allegedly sold five firearms from Sept. 24 to Oct. 15, 2021, without making entries in his Acquisition and Disposition Records Book as required by federal law.

The charges contained in this indictment are simply accusations, and not evidence of guilt. Evidence supporting the charges must be presented to a federal trial jury, whose duty is to determine guilt or innocence.

This case is being prosecuted by Supervisory Assistant U.S. Attorney Michael S. Oliver. It was investigated by the Bureau of Alcohol, Tobacco, Firearms and Explosives.