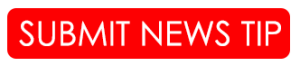 Over a year later, many areas around the lake are still recovering from the flood damage experienced in 2015. According to Camden County Road and Bridge Administrator Lee Schuman, two of the projects for damage repairs haven’t been started yet. As of right now, the Lower Business Park Road Embankment stabilization is set to be finished by the end of May. After that, they will work on culvert replacements on Old Mill School Road, as well as High Point Road. Those are scheduled to finish by the end of June, followed by embankment stabilization on Freedom Ridge Road, which should be complete by the end of October, closing out the projects caused by the December 2015 flood.