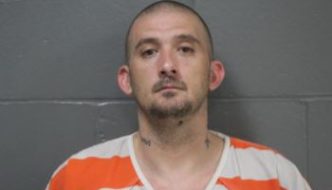 A murder case involving a Camden County man is being delayed yet again.

“The prosecuting advocate called me and said…I’m sorry, there was a mistrial. Somebody spoke up during jury selection and tainted the whole entire jury” says Danielle’s sister, Heather Smith.

She tells our news partner, KY 3 TV, that she believes her sister’s life was taken, because she was gay “27-years-old….she didn’t even get a chance, she was trying so hard to make a life for herself and when she finally started to get somewhere….he took it. He took it, everything…from her and from us.”

Endsley was charged with two counts of first-degree murder back in 2016 and his trial was set to begin Monday.

It was changed from Camden County to Laclede County, but now prosecutors say they will have to find another venue further away from the area.

Heather Smith says it’s extremely frustrating and upsetting, but she’s happy that they’re doing things the proper way “knowing that they’re trying to do it the right way is a bit more comforting, but it’s still frustrating regardless.”

A new date for the trial has been set for July 6th but the new venue has not yet been selected and further changes could come as a result of it.