Cooperation between numerous law enforcement agencies is landing a Camdenton man in jail facing numerous charges.
Deputies in Miller County say they pulled over 38-year-old Jeffrey Allen on Sunday, and they say they found close to a pound of methamphetamine, cocaine and other controlled substances.
Investigators say Allen was pulled over in Iberia on Highway 42 before being taken to the Miller County Jail.
He’s charged with one count of 2nd-degree drug trafficking and five counts of possession of a controlled substance.
The Mid-Missouri Drug Task Force and Lake Ozark Police Department were also involved in the operation. 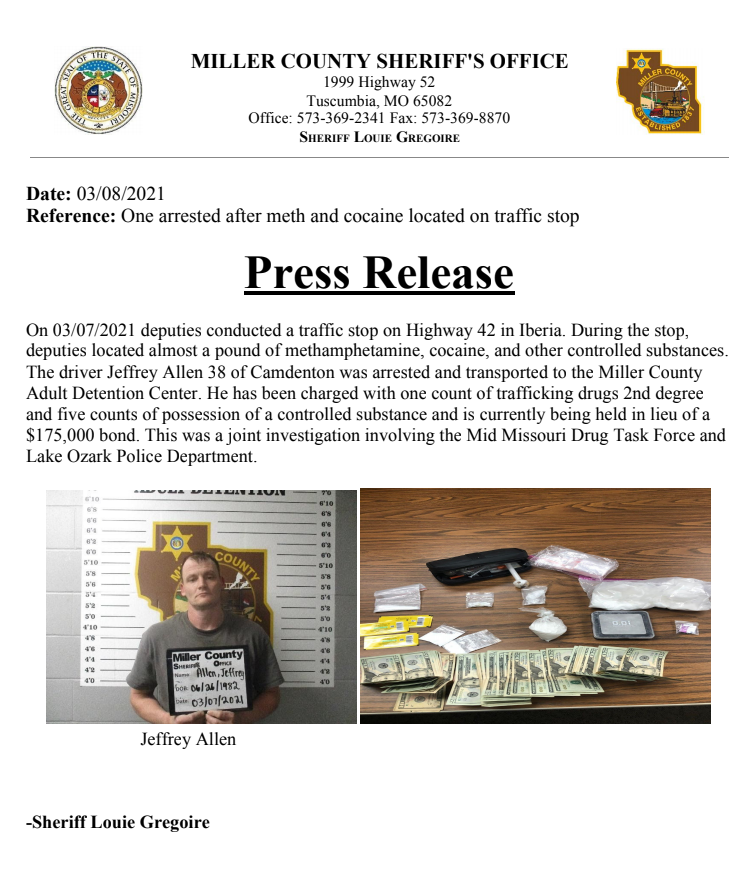