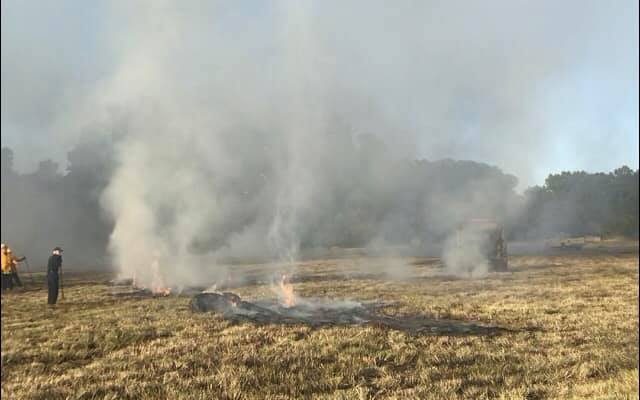 A Camdenton man is facing drug charges following a call for help in the Osage Highlands.

According to the Camden County Sheriff’s office, officers responded to a call from a man who said he was being assaulted and that his dog had a gun.

Officials say when deputies arrived, they found 31-year-old Brian Mills under the influence of a controlled substance.

They say in a search of the home, they uncovered suspected drugs and paraphernalia.

Mills was taken to a hospital for treatment then was transferred to the Camden County Jail where he’s being held on a $20,000 surety bond.

On 08/19/20, deputies responded to the area of Osage Highlands Loop reference an assault. The male caller advised dispatchers he had been assaulted. He also claimed his dog had a gun.

Upon arrival deputies located the subject who was obviously under the influence of a controlled substance.  The male told deputies he believed there were persons in his residence.  Upon conducting a search for persons in the residence, suspected controlled substance were observed by deputies in plain view. A search warrant was applied for and executed. As a result of the search, a quantity of suspected methamphetamine and drug paraphernalia were seized. The male subject was arrested and transported to the hospital. Upon release he was transported to the Camden County Correctional facility and placed on a 24-hour hold.

Brian J Mills age 31 of Camdenton was charged with Felony Possession of a Controlled Substance and Misdemeanor Possession of Drug Paraphernalia. He remains at the Camden County Correctional Facility on a $20,000.00 surety bond.