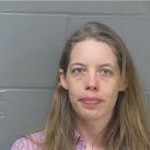 Clara Rector will be back in court as she has a pre trial conference scheduled for Monday at 9:00 am in Camden County Circuit Court. This will be the next step in her ongoing legal drama as the 36 year old Laurie resident was first arrested for the aggravated stalking of her minister but while in custody she also confessed to the 2004 murder of Tommy Hope of Camdenton. Rector was originally a person of interest during the initial 2004 investigation, but investigators were unable to connect her directly to the murder. She has been charged with first degree murder and armed criminal action.