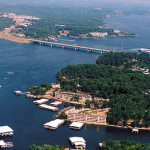 A national organization headquartered in Camdenton is the recipient of a substantial grant. Concerns of Police Survivors also known as C.O.P.S. has received a $50,000 dollar holiday grant from the Chris Kyle FROG Foundation. The money from the grant will be used for Hands-On Programs that provide peer support and counseling to surviving family members of police officers killed in the line of duty. The Chris Kyle FROG Foundation was founded by the wife of Navy SEAL sniper Chris Kyle who was shot and killed in 2013 after returning home from numerous tours in Iraq. Kyle wrote a best selling book before his death and a movie about his life was recently made called American Sniper.
-o-