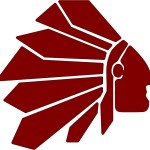 Legislation has been endorsed by the Missouri Senate that would require local elections authorities to phase out the use of some electronic voting machines.  Under the proposed legislation, voters could only use electronic machines that produce a paper trail of marked votes.  The other types of electronic machines could still be used but could not be replaced once they malfunction or break down.  The legislation also declares that the paper ballot is the official ballot for state elections.  The bill received first round approval yesterday and needs one more vote in the senate before going to the house.