An investigation is underway following a fire at the new Bonnie’s Café in Osage Beach.

According to the Osage Beach Fire District, flames broke out around 9PM on Saturday night in the attic area.

Firefighters had to cut numerous holes into the roof to put the fire out, but there was no smoke or flames visible from outside the building.

Bonnie’s opened in May in the former Kay’s building in front of Wal-Mart and it remains unknown how long this damage may affect the café. 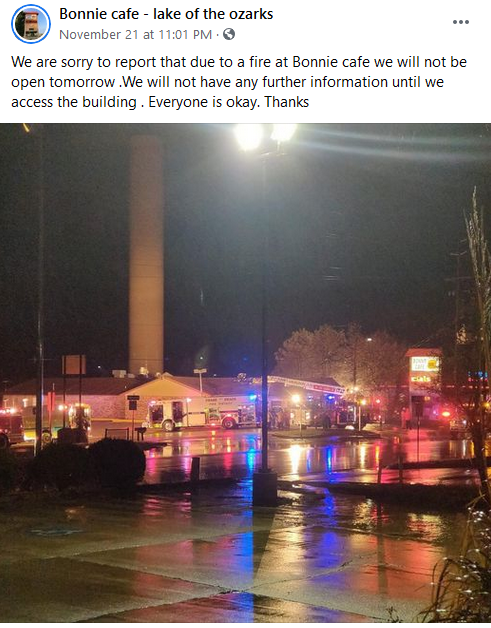