A Flood Watch is now in effect for the entire Lake of the Ozarks region (as of 12PM Thursday).

The National Weather Service in Springfield says persistent rainfall over the next several days is expected to lead to flooding across the Ozarks, with rainfall amounts ranging from three to five inches.

The Watch remains in effect until Saturday Afternoon. 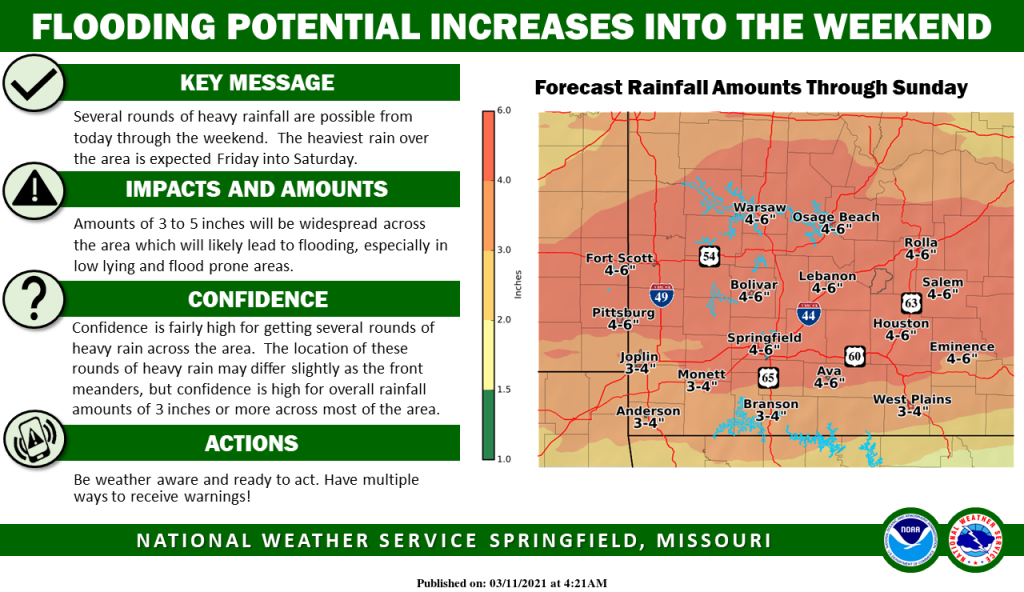