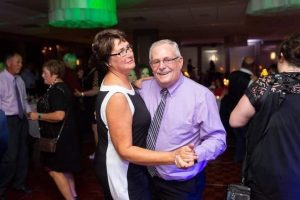 Abbott’s visitation will begin with a visitation from 4PM to 8PM at the Our Lady of the Snows Catholic Church in Mary’s Home.

A prayer service will be held at 7PM.

Funeral services will be held the following day (Saturday) starting at 10AM at the Church’s burial grounds, with full military honors being presented.

Abbott was a graduate of Tuscumbia high school in 1975 and served in the Missouri National Guard for 22 years, taking tours in Honduras, Panama, Japan and Germany.

He became Sheriff of Miller County in 2000 and served 16 years in that office, helping to create the Mid-Missouri Drug Task Force.

In 2019, Bill was appointed to the Missouri Petroleum Storage Tank Insurance Fund by Governor Mike Parson.