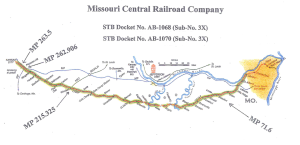 A suspect wanted in connection with a home invasion in the state of Kansas led Law Enforcement on a chase across the Lake Area and into southern Jefferson City on Thursday. According to reports, the Highway Patrol spotted a car matching the description released by Kansas officials and attempted to pull it over. The driver refused to stop and a high speed chase on Highway 54 ensued. Police were eventually able to stop the vehicle by using spike strips. The suspect has been taken into custody.