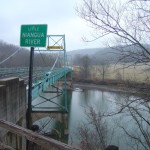 One of the candidates for the position of Camden County 2nd District Commissioner has withdrawn from the race. Pat Hofeldt withdrew from the race on Thursday (3). Several candidates are still in the running for the position that will be decided by voters in August. They include Tiffany Maasen, Don Williams Jr., Jerry Rugen, Rod Sederwall and J.D. Eidson. 2nd District Commissioner Cliff Luber recently announced that he will not seek re-election.
-o-