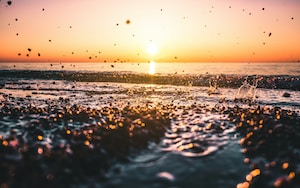 Photo by Marc Kleen on Unsplash

For Saturday day: High temperatures reach up to 87 under partly cloudy skies. Winds becoming northwest 5 to 10 mph. Chance of precipitation is 60%.

For Sunday night: Mainly clear with lows around 74. Winds out of the south around 5 mph.