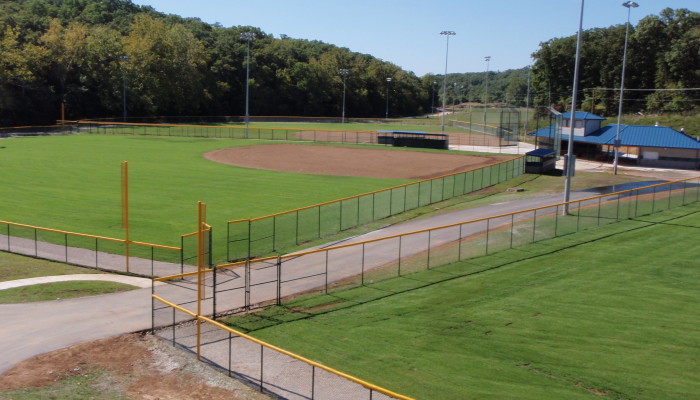 Linemen from Missouri’s electric cooperatives will be heading to the state of Louisiana to help in the recovery effort after Hurricane Laura.

The men are expected to stay in a tent city for at least ten days as some of the hardest hit parts of southwestern Louisiana remain with no power.

If the repairs take longer, a rotation will be set up to bring in fresh crews to help finish the work.

Linemen from Ameren are also joining in the restoration in the state of Arkansas.

(August 28, 2020) – Linemen from Missouri’s electric cooperatives will soon be assisting a Louisiana electric cooperative as it works to recover from Hurricane Laura, which devasted a large swath of southwestern Louisiana Thursday. Beauregard Electric Cooperative based in DeRidder, Louisiana, reached out to the electric cooperatives in Missouri with a call for help on Friday after gauging the extent of the damage.
“This cooperative has been hit very hard,” says Rob Land, who coordinates the relief effort for the Association of Missouri Electric Cooperatives. “The cooperative is currently 100% down with a tremendous amount of devastation. They have requested 100 linemen made up of construction crews and right-of-way crews. Initially we have 130 linemen committed to help.”
Land’s job coordinating the relief effort has become much more difficult due to the COVID-19 crisis and the need to keep linemen lending assistance socially distanced. Not long after the crisis hit, a new mutual assistance plan was put into place in case any Missouri system needed help. The plan worked well during summer storms that caused major outages here in May.
The men are expected to stay in a tent city designed to protect them from the virus. Special air filters capable of removing 99.4% of the virus have been installed on the HVAC equipment and beds have been spread out farther than would normally be done.
They are expected to stay for at least 10 days. If the repairs take longer, a rotation will be set up to send fresh crews into the effort.
Missouri’s electric cooperatives are no stranger to hurricane help. The assistance began in 2004 when linemen from Missouri traveled to Mississippi and Alabama in the wake of Hurricane Ivan. They have since assisted electric co-ops in Louisiana, Florida and South Carolina in addition to Alabama and Mississippi. Electric cooperatives in the south returned the favor when Missouri was devastated by ice storms in 2007 and 2009.
“Cooperation among cooperatives is one of the principles that guide electric cooperatives,” says Caleb Jones, CEO of the Association. “It’s hard to watch the destruction these storms cause without thinking that could be us. Our thoughts and prayers go out to everyone in the hurricane‘s path. We are happy to be able to offer help to our friends in Louisiana.”

ST. LOUIS (AUG. 29, 2020) – Ameren workers across Illinois and Missouri are heading to Arkansas today to assist in repairing damage and restoring power in Little Rock, Arkansas and the surrounding communities in the aftermath of Tropical Storm Laura.

The company’s personnel and contractors, including linemen, fleet, logistics and safety will assist crews from Entergy Arkansas. There are approximately 50,000 Arkansas residents without power across the state. Ameren personnel deployed this morning at 5 a.m. from Operating Centers in Illinois and Missouri. Earlier this month, Ameren provided assistance to sister utilities in New Jersey and Connecticut restoring power to communities in need after Hurricane Isaias pounded the East Coast.

Ameren Illinois and Ameren Missouri are voluntary members of the electric power industry’s mutual assistance network through the Edison Electric Institute. When called upon, a company will send either company employees, contractors or both, along with specialized equipment to help with the restoration efforts of a fellow company. In essence, it allows a utility hit by a major or catastrophic storm to expand its workforce by borrowing field personnel from other companies in unaffected areas. Following some large storms here Ameren has called upon other utilities for assistance and has a history of helping other utilities, providing support with catastrophic events such as Hurricane Irma and Maria in Puerto Rico in 2017, Superstorm Sandy in 2012 and Hurricane Katrina in 2005.

Just as they do in Illinois and Missouri, Ameren response personnel and crews are taking extra precautions to mitigate the risks associated with COVID-19. Preventive actions, such as social distancing and use of masks, and protective eyewear and gloves, are being used. Safety is one of Ameren’s core values.