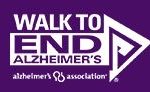 A Lake Area state representative wants to establish a volunteer Lake Watch Program which would have residents keep an eye out for boating and other water safety concerns and report them to authorities.

Representative Dr. Lisa Thomas says it would be much like a Neighborhood Watch Program.

And she’s scheduled a public meeting for next week in Osage Beach about the idea.

She says representatives from the Water Patrol, Coast Guard Auxiliary and Ameren as well as other local organizations and experts will be at the upcoming meeting to review the status of previously raised issues and to discuss establishing a Lake Watch Program.

She says such a program provide extra eyes and ears to observe boating activity in their area of the Lake but would not have official law enforcement duties.

The meeting is set for Thursday October 20th from 11 AM until 1 PM at Osage Beach City Hall.

JEFFERSON CITY, Mo. – State Rep. Dr. Lisa Thomas invites the public to join her and Lake of the Ozarks leaders for a follow-up meeting of the concerns and solutions identified through last year’s series of Lake Issues meetings.  Dr. Thomas has continued gathering information from residents, visitors, vacationers, and businesses in her district in an ongoing effort to resolve some of those concerns.

Ameren, the Missouri State Highway Patrol (Water Patrol Division), the Coast Guard Auxiliary, and other local organizations and experts will be on hand to review the status of previously raised issues, receive citizen updates as well as any new concerns, and participate in an open forum discussion on establishing a Lake Watch Program.

A Lake Watch Program, similar to a Neighborhood Watch, includes volunteers who provide extra eyes and ears to observe boating activity in their area of the Lake. Lake Watch volunteers would be resources for neighbors and visitors who have general boating and water safety questions and could act as a point of contact to assist in the accurate reporting of safety violations. These citizen volunteers would not have official law enforcement duties.

“The presence of a Lake Watch Program would raise awareness among the boating community to always operate according to regulations and with courtesy to all lake users.  The program would support safe boating practices while enjoying our wonderful Lake of the Ozarks,” said Thomas.

Details on the upcoming Town Hall meeting are as follows:

Camden, Miller and surrounding county residents, business owners, visitors, and vacationers are all welcome and encouraged to attend.  No RSVP is required.