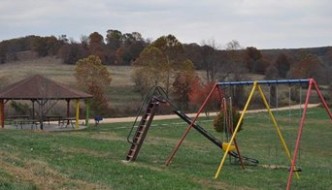 A Linn Creek man is the victim of a fatal gun mishap.

Sgt. Scott Hines of the Camden County Sheriff’s Department says the tragedy happened shortly before 9 o’clock Sunday night as the victim was cleaning his gun and it discharged….“Deputies were dispatched to assist for a medical call off state road Y in Linn Creek. It’s very unfortunately, the man was cleaning a firearm and it went off. He was life-flighted to Columbia where he ended up passing away as a result of that gunshot. The family has been notified, the medical examiner’s office is involved and at this time we’re not ready to release any information as far as names go until we have some clearance from the family.”

Hines says it happened as the victim was cleaning the gun…“As tragic as it is for the family…I know, what the family would want everyone to remember….is to practice firearm safety. Rule # 1 of all firearms is they are loaded. Treat them as if they were loaded, unless you absolutely know it was unloaded because you did it yourself. It’s a very unfortunate incident here….because this young man lost his life, and his family is going to have to handle that for the rest of their lives.”

The man, who Hines says was in his early 30s, has not been identified.