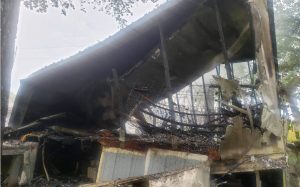 A man accused of stabbing another man who was giving him a ride is now facing charges in Laclede County.

Lebanon police say the victim was giving the suspect a ride when he started to act irrational.

The victim pulled over and asked the man to get out of the car.

That’s when investigators say the suspect pulled a knife and stabbed the victim on the arm before running off.

The victim tells police he drove himself to the hospital and the 59-year-old suspect was later found at a home in Lebanon and he was arrested.

He was taken to the Laclede County Jail, where charges are pending.