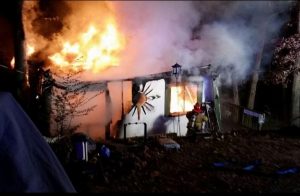 The medical cannabis industry continues to “grow” across the Show-Me State.

That’s according to Jack Cardetti, media spokesman for the Missouri Medical Cannabis Trade Association, who says whether a medical marijuana card is issued or not is up to the individual physicians on a case-by-case basis…“What they’re doing is they would certify one of these patients as one of these qualifying positions, and that allows the patient to go to the Missouri Department of Health and get their medical cannabis card.”

Cardetti also says just because one physician doesn’t approve you for a medical marijuana card doesn’t mean that another physician will follow suit…“Some physicians and some medical groups aren’t certified, but obviously with 160,000 Missourians having a card now…plenty of others are.”

The medical marijuana trade, in Missouri, is described as one of the most highly regulated industries across the state.

Cardetti further cautions, for those wanting to get a medical marijuana card, there are also certain legal ramifications when it comes to owning and possessing firearms at the same time.