Missouri Among Cheapest States for Smokers 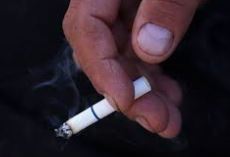 A dangerous and deadly habit is apparently more affordable in Missouri than most other states. According to data released from www.wallethub.com Missouri has the lowest out-of-pocket cost for smokers in the nation. The estimated cost is just over $86,000 over the smoker’s lifetime. That’s lower than any other state. Missouri also has the 12th lowest loss of income per smoker. After figuring in all the data included in the study, Missouri ranked with the third-lowest cost of smoking, behind North Carolina and Georgia.
See the full report and rankings here:

Attorney General Warns of Ticket Scams Ahead of Chiefs Game