Missouri GOP Approved To Have Conventions By Mail 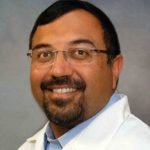 JEFFERSON CITY—The Executive Committee of the Republican National Committee on Thursday approved the Missouri GOP’s request to hold our Republican Congressional District Conventions by mail, rather than in-person as originally planned.

“While many state and local leaders hope to begin opening Missouri in the coming weeks, it is clear that holding in-person gatherings of hundreds of people would be inadvisable in the month of May,” said Kay Hoflander, Chair of the Missouri Republican Party. “In the interest of the health and safety of our delegates and their families, we believe it is prudent to hold our Congressional District Conventions by mail.”

Results of the Congressional District Conventions are expected to be announced by May 30.