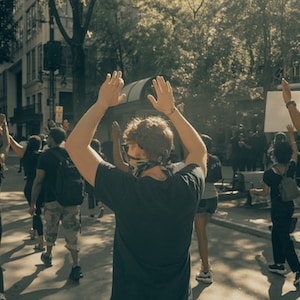 Photo by Clay Banks on Unsplash

If you’re planning a protest anywhere in the Lake Area or Missouri, you may soon be facing a felony charge if you take that protest to the street or highway.

The Missouri House passed a bill that would make it a felony to repeatedly block traffic without permission.

One Republican State Senator says the idea is to keep protestors and drivers safe, but a Democrat State Representative says lawmakers need to address the root issues that encourage protestors to block traffic.

The legislation also requires full-sentences to be served for people convicted of attacking police, firefighters or other first responders.