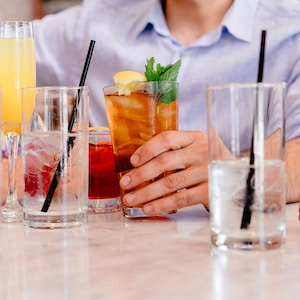 Photo by Gabriel Gurrola on Unsplash

Missouri Senators are giving first round approval to a bill that would extend the temporary rule on to-go alcohol sales statewide.

Sponsor, Senator Denny Hoskins of Warrensburg, says this measure seeks to modify provisions relating to liquor sales “This bill seeks to just permanently extend the drinks to-go order that was issued by the Governor.”

Some rules regarding alcohol sales in Missouri were changed after COVID-19 safeguards began and carryout became more the rule than the exception.

During discussion, Senator Barbara Anne Washington of Kansas City joins other senators in asking for more information about this legislation “and I’m not saying this couldn’t be a good thing….it could be a good thing, I just think we need the voice of those that are most effect before we can move forward with it.”

Senate Bill 283 now has preliminary Missouri Senate approval. Another “yes” vote would send it to the Missouri House of Representatives for similar consideration.