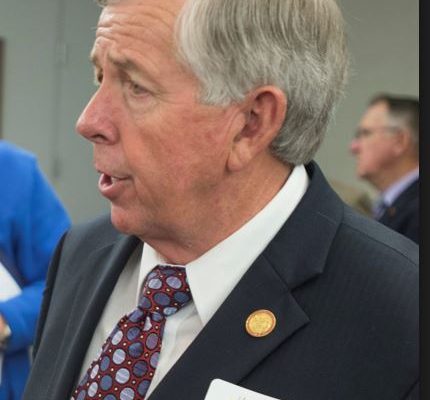 Governor Mike Parson is requesting that President Trump approve a major disaster declaration for the Show Me State.

It’s in response to the severe storms that swept the state on May 3rd and 4th.

The state estimates that nearly $9.3 Million dollars in damage was incurred.

Of the 19 counties listed on the request, 3 are in the lake area.

That includes Dallas, Hickory and Laclede, which saw some of the worst damage when more than 90 mile an hour straight line winds took out buildings, power lines and the airport in the city of Lebanon.

(JEFFERSON CITY, MO) – Governor Mike Parson has requested that President Trump approve a major disaster declaration for Missouri to provide federal assistance to a total of 19 counties in response to severe storms and tornadoes that swept across the state on May 3 and 4, resulting in widespread destruction.

“Our local, state, and federal assessment teams have documented extensive damage to electric power systems and other public infrastructure as a result of the severe storms,” Governor Parson said. “Our Missouri communities are already strapped by emergency response costs because of COVID-19. I am confident federal assistance will be forthcoming.”

The joint Preliminary Damage Assessments, conducted by the State Emergency Management Agency, Federal Emergency Management Agency, and local officials, had already estimated more than $9.3 million in damage to infrastructure and emergency response costs eligible for federal assistance. The damage assessments were conducted virtually due to COVID-19.

If approved, local governments and qualifying nonprofit agencies may seek federal assistance for reimbursement of emergency response and recovery costs, including repair and replacement costs for damaged buildings, bridges, roads, and other public infrastructure.