In a post to Twitter, Hawley indicated that the group “Shutdown DC” went to the home and threatened his family.

Hawley says they vandalized his home and threatened his wife and newborn child while he was in Missouri.

The group “Shutdown DC” says they came with “Candles” and a “Copy of the Constitution” in order to show Hawley his decision to challenge the electoral college vote is “wrong.” 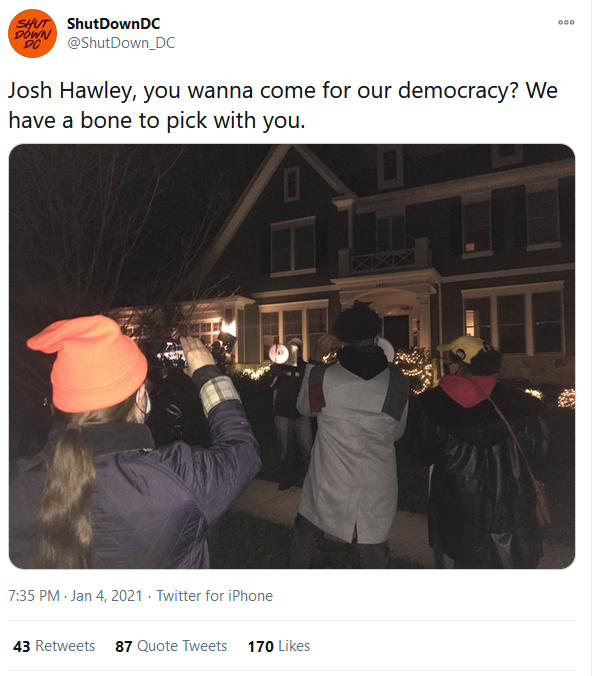 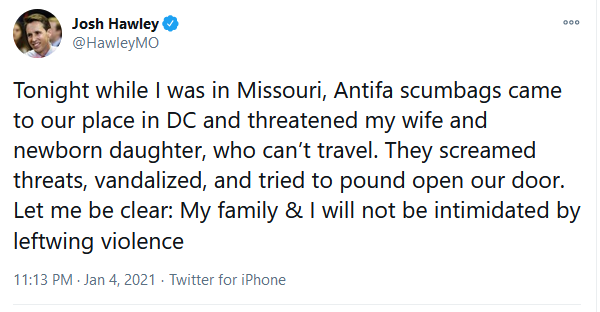 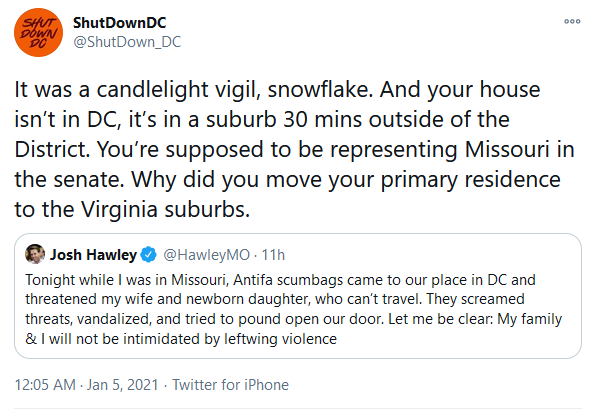