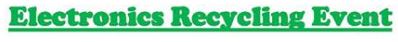 MoDot has a new tool they say will improve efficiency and safety.  It’s a device known as JAWS.  It consists of a drop-down skid plate mounted on trucks that the operator can run from inside the cab.  The plate is used to scoop debris from the road and move it to the shoulder, where it can then be picked up later.  MoDOT says it will help keep traffic moving and make the cleanup work safer for their workers.  The device has been tested in the Kansas City area and the agency’s expected to add at least 27 more across the state.  JAWS stands for “Julie’s Automated Waste-Removal System.”  It’s named after Julie Love who was struck and killed while removing debris from the roadway in 2004.