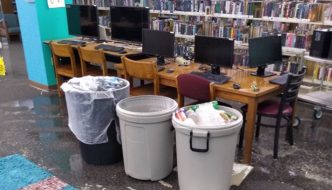 A 60-year-old from Rolla who pleaded guilty in July for a 2017 double murder in Lake Ozark wants his plea and sentence overturned. That’s according to courthouse records which indicate Gary Sweet, who’s being held in the department of corrections in Fulton, filed the motion to vacate, set aside or correct the judgement or sentence. In the motion, despite not bringing up any issues during sentencing, Sweet now claims that his counsel was ineffective by failing to prepare his defense adequately. Sweet goes onto say, in the handwritten motion that: he was not aware of the consequences of his plea, that the prosecution failed to prove other than by hearsay he was at the crime scene and that the state failed to produce the alleged weapons used in the crime. Sweet was sentenced to 45 years for the killings of Jim and Sheri Parker who served as caretakers at the Riverview RV Park and Campground…apparently as retaliation for being kicked out of the park a short time before coming back to kill the Parkers. A court date to consider the motion to vacate has yet to be set.