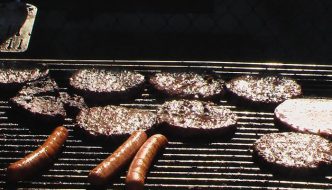 The focus will be on flooding, which kills more people than anything else when it comes to severe weather.

One local weather forecaster explains the difference between a flood, and a flash flood.

“When you consider a flash flood warning, it is the rapid rise of water. A Thunderstorm produces 2 inches of rain in 20 minutes and causes small creeks and streams to flood rapidly. In the other hand, a Flood Warning is more of a duration event…over several hours…the water rises a little slower, and falls a little slower. In both cases, just 2 feet of water can cause your vehicle to swamp and float down stream, often leading to death” says Meteorologist Steve Runnels with the National Weather Service.

On Tuesday it was Tornado safety day and Tornado warnings went up across the state.

With sirens sounding and warnings going across the radio, that sent numerous people into panic.

Several towns and cities across the state reported that many residents were not aware it was happening and they feared that an actual Tornado was coming.

Weather officials say this is why they stress the importance of paying attention to social media posts and communications on local news programs.