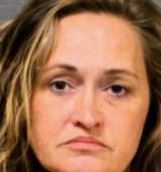 A Greenview area woman accused of killing her ex-boyfriend now has a new court date set. Christine Zahn was originally charged with second-degree murder in the shooting death of Derek Harrelson, but that charge was recently upgraded to first-degree murder at the request of the State Attorney General’s Office. In the amended complaint, the AG’s office contends that Zahn committed the killing “after deliberation” last November. She’ll be back in court for a preliminary hearing November 14th.