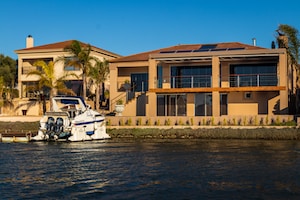 Photo by Grant Durr on Unsplash

A Lake Area lender is giving his take on concerns some people have about buying a home in Lake of the Ozarks.

“There’s a lot of media that’s scaring people to go forward and get their house, because they’re worried that they’re going to end up upside down in their house like they did in 2006” says Ron Yarbrough with Prime Lending in Camdenton.

He tells KRMS News more home construction is happening in the Lake Area now than it was a year ago “If I drive from the 20 mile marker in my boat, all the way down to the 45 mile marker…I’ll probably pass 25 or so new homes going in.”

Yarbrough says interest rates are low right now, compared to 2006, but they will go up at some point “Once they feds start trying to combat the massive amounts of money we keep pumping into the economy….we’ve got a couple of good years before that goes up.”

Yarbrough was interviewed by Christian Blood on the KRMS Morning Magazine.