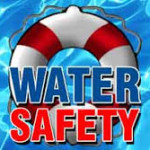 In the future, Lake of the Ozarks will be able to collect sales and use tax on goods sold by out-of-state retailers.

Governor Mike Parson is signing into law Wayfair legislation that’s designed to protect brick and mortar retailers around the Show Me State.

“It’s a big deal for the State of Missouri and it’s a big deal for our small businesses” says Governor Parson, “this is especially true right now with all we’ve been through in this crisis this past 15-16 months….if there was ever a time to get it done and do it right, now was the time. If we want our state population to grow and we want people to be here….these are the things we have to do to be a business friendly state. “

Beginning January 1, 2023, the Missouri Department of Revenue will begin collecting sales and use tax on out-of-state businesses that sell more than $100-thousand dollars in tangible goods on an annual basis.

Governor Parson says the new law is a long-time coming.

(JEFFERSON CITY, MO) – Today, during a ceremony at the State Capitol, Governor Mike Parson signed SB 153 & 97 into law, allowing Missouri and local jurisdictions to collect an online use tax that will help protect Missouri’s brick and mortar businesses.

“Passing Wayfair legislation has been a top priority of my administration, and we are happy to be signing this critical legislation into law today,” Governor Parson said. “This law will help even the playing field between Missouri small businesses and large out-of-state retailers. With more than 570,000 small businesses in the state of Missouri, it is time that we establish a 21st century tax code that benefits our Main Street businesses rather than companies that don’t invest in our communities or employ our citizens.”

In 2018, the U.S. Supreme Court’s decision in South Dakota v. Wayfair, Inc. allowed states to adopt rules to collect sales and use taxes from business not physically located in their state but who sell and deliver products into the state.

SB 153 & 97 will allow Missouri and local jurisdictions to collect a use tax from online retailers who sell and deliver more than $100,000 in tangible goods to consumers in the state annually.

Collection and remittance obligations will begin on January 1, 2023. Sales and uses taxes cannot be retroactive and will be collected by the Missouri Department of Revenue. Following 49 other states and Washington D.C., Missouri will be the final state to implement an economic nexus law since the Supreme Court’s decision in 2018.

“This legislation is many years in the making and long overdue in the state of Missouri,” Governor Parson said. “This is a big win for our state and our small businesses, and we appreciate Senator Koenig and Representative Eggleston for prioritizing this legislation and working tirelessly to find agreement and get it passed.”