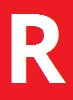 Governor Jay Nixon has ordered the U.S. and Missouri flags at state buildings in all 114 counties and the City of St. Louis be flown at half staff on Tuesday (20) to honor the bravery and sacrifice of 19 year old Marine Lance Corporal Dominic Schraft of Vienna. He was killed while serving his country at Camp Pendleton, California. In addition, Governor Nixon has ordered that the U.S. and Missouri flags at all state buildings in Maries County be flown at half staff from October 21st thru the 26th. Funeral services for Lance Corporal Schraft will be held on Tuesday (20) at the First Baptist Church in Vienna beginning at 10am.
-o-