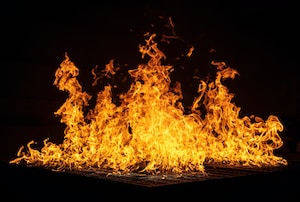 Charges are filed against an Osage Beach man after the cause of a house fire in Camdenton was ruled as arson.

A probable cause statement filed in the Camden County Courthouse alleges that Mack Teegarden forced his way into the house at 47 Briarwood during the early morning hours of September 18th before setting the house on fire.

Firefighters were able to bring the blaze under control in about 20 minutes but not before it caused moderate damage along with significant smoke and water damage.

Teegarden, reportedly, admitted to his employer that he had been at the residence to retrieve an item he lost.

He’s charged with second-degree arson and burglary and, at the current time, was not reported as being in custody.