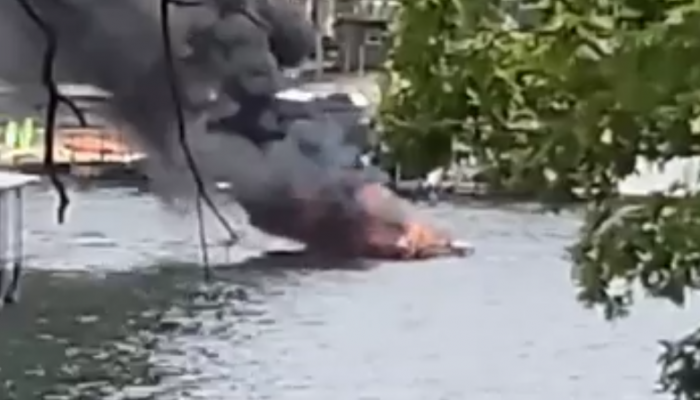 We now know the names of the two people killed in today’s Plane Crash at the Grand Glaize Airport.

According to the Osage Beach Police Department, Scott and Amy Lowe of Mount Pleasant, Iowa were both onboard the plane.

The plane was attempting to land following engine issues when it came off the runway and crashed into the Sleep Hollow Road area.

The National Transportation Safety Board is now investigating the crash.

Two people have died from a plane crash at the Grand Glaize Airport.

Osage Beach Police have released this statement about the incident:

“On August 16, 2020 at 1:37pm the Osage Beach Police Department received calls of a plane crash at the Grand Glaize Airport. Officers responded to the area and located the crash site in the area of Sleepy Hollow Road. Two people were on board the plane when it crashed and are deceased. Names of individuals are being withheld until notification of family. Emergency Services are still on scene as this is an ongoing investigation. The Federal Aviation Administration (FAA) and National Transportation Safety Board (NTSB) have been contacted and once on scene will take over the scene and investigation. Additional information will be released when it becomes available.” (See press release at the bottom of this article)

During the time of the crash, air radio traffic indicated the plane had gone off the runway and into the wooded area.

Residents who live near the area say they saw a plane having engine troubles attempting to land prior to the crash.

We’ll pass along more details as the become available…..

We are getting word of a plane crash near the Grand Glaize Airport.

According to air radio traffic, the plane apparently crashed towards the end of the runway and went down the embankment, towards arrow road and fawn court.

Very little is known at this time, except that there may have been 2 passengers on board and it’s unknown if they survived the crash.

We are investigating and will bring you more details soon.

This follows a boat explosion that just occurred at the 2 Mile mark just 30 minutes ago.

Details on that situation are also coming in, but no information on any injuries or casualties are being reported at this time.

Water Patrol is asking residents to stay clear of the area of Point Randall resort while they work to bring the fire under control and search for survivors.

Stay tuned to KRMS for the latest.