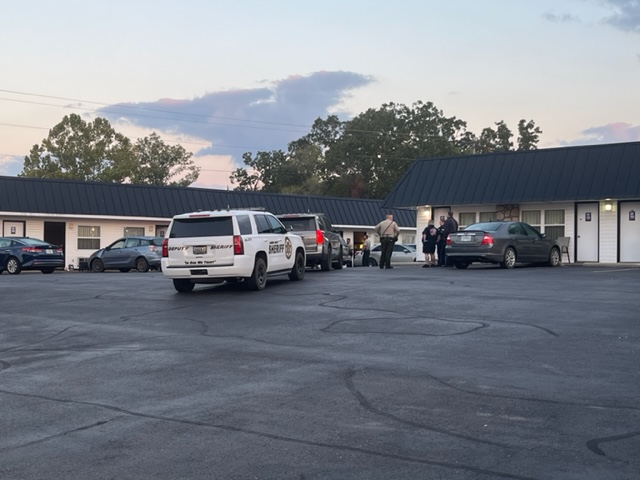 A routine overnight check of an Osage Beach business comes to an end with one suspect in custody and a continuing search for a second suspect.

Sergeant Scott Hines, from the Camden County Sheriff’s Department, says the sequence of events at the motel in the 54-hundred block of the Osage Beach Parkway started with a license plate reported stolen out of Columbia on a vehicle which was also reported as stolen…“While we were there, we located some drug paraphernalia and some illegal narcotics. We stepped out, got a hold of a judge and got a search warrant. We also contacted the Lake Area Narcotics Enforcement Group and they came out to serve the search warrant, and as a result we were able to take one female into custody.”

Hines says the search also led to an interesting discovery…..“We located a vehicle, ran the license plates on it and discovered it was stolen out of Columbia. So….doing more research on that, we were able to contact Columbia PD and they got ahold of the victim, and as a result of that we actually found out that the vehicle that the stolen tags were on was actually stolen from a different area.”

While the search continues for a second suspect described as well-known by authorities in the lake area, Sergeant Hines goes on to say it’s not believed that there is any danger involved to the community.

The names of the suspects are being withheld pending formal charges.

Reporter Mike Anthony was on the scene this morning as numerous officers from Miller County, Osage Beach Police, Osage Beach Fire and other agencies swarmed the Lake Lighthouse Inn on Osage Beach Parkway.

The hotel was formally known as the Town and Country Motel for decades.

Officers were seen with K9’s searching the area including on top of the roof and into the attic spaces of the hotel.

At this time it’s unclear what the officers were searching for, however, our reporter did see someone in handcuffs at the time of his arrival.

This remains an ongoing story and we’ll continue to bring you the latest as it comes in.