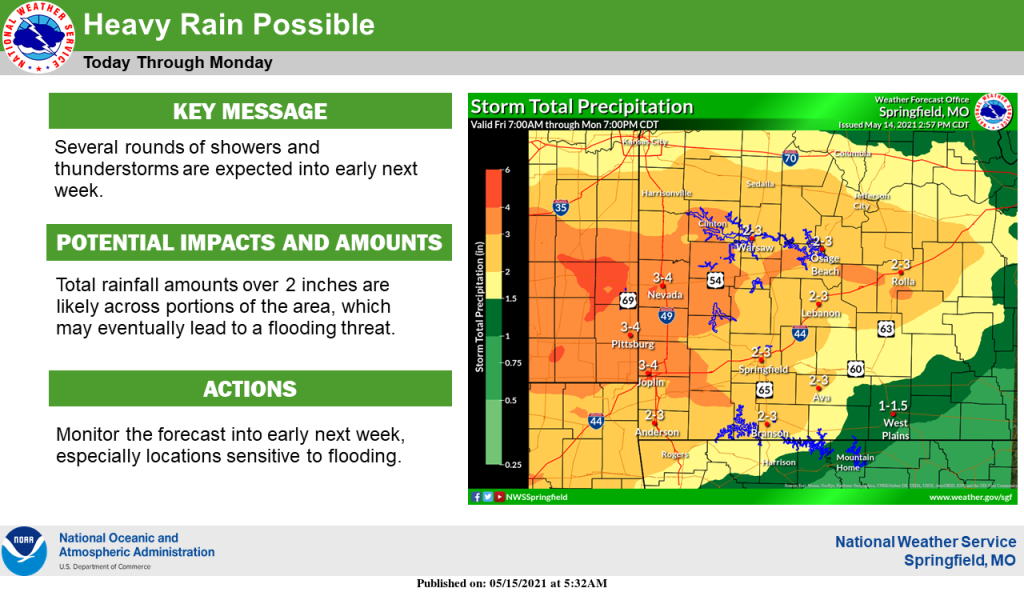 Scattered showers and maybe some thunderstorms expected in Lake of the Ozarks over the next several days, including a warm-up also ahead.

Weather officials believe the rain should be spread out enough to avoid any major flooding concerns, “Now we could see some small creeks and streams, and the Lake Level rising a little bit particularly by the time we get to the end of the weekend as we start to see the effects of the total amount of rainfall” says Meteorologist Ray Miller with the Weatherology Weather Center.

He tells KRMS News they are expecting somewhere between 2 to 3 inches of rain over the course of the weekend “you’ll always want to be informed, especially if you’re out on the lake, as even a storm that may not be marked as severe can be dangerous if you’re out on the water at the wrong time. And remember if you see water over a roadway or too much water flowing over a low water crossing, turn around don’t drown is your best bet.”

Miller says later next week we are expecting a warm up across the region.