Road Construction To Affect Traffic On Benton County Route U 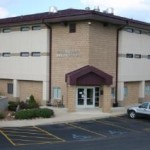 Drivers should expect delays today on Route U in Benton County.

Officials with MoDot say a contractor will be conducting chip-seal projects along the route between Highway 52 in Cole Camp and Whiteman Road.

The work is expected to continue until around 6PM this evening and drivers are asked to use an alternate route.

On Monday, August 10 For Pavement Sealing

Where: Benton County Route U between Missouri Route 52 in Cole Camp and Whiteman Road at the Benton County/Pettis County line

What: Contractor crews sealing pavement with a mixture of rock and oil

Additional info: A chip-seal is planned for this roads as an economical way to maintain and preserve the roadway. The treatments keep a road from deteriorating and extends its life.

(Weather and/or construction delays will alter the work schedule)