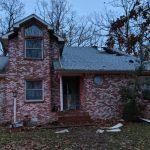 According to a new poll from Survey USA, Eric Schmitt will win the Missouri Senate seat being vacated by the retiring Roy Blunt.

The new poll was taken of a thousand voters between September 14th and 18th and shows Eric Schmitt winning with 47 percent of the vote, with 36 percent for Trudy Busch Valentine.

Valentine’s numbers are the strongest in Kansas City and in greater St. Louis, while Schmitt leads in the southern and northern parts of the state.

Survey USA reports that Sixty-two percent support the proposal to legalize recreational marijuana, and clean up records of those charged with some non-violent marijuana infractions.

Amendment 3 would also impose a 6% tax on the sale of the drug.

The Survey USA Poll was conducted for some tv stations in Missouri, Kansas, and Iowa.