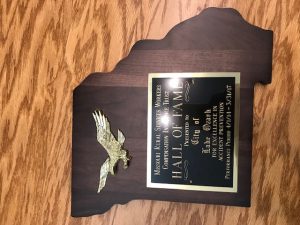 The featured speaker at this Saturday’s Camden County Republican Club Patriots Dinner will be Missouri’s Secretary of State Jay Ashcroft.

Speaking on the KRMS Morning Magazine, the secretary says he’ll talk about the nuts and bolts of November’s elections…“What we have done to make sure that election will be accessible, secure and creditable. How we’re going to continue to make sure that happens in future years, and a direction I hope we can move the state in…to make sure that the people of the state have more opportunities to make their own decisions because they do a better job at that the then bureaucrats and officials ever could.”

Ashcroft also says that another big topic is the fact that while voters will need a government issued photo ID to cast a traditional ballot, those without can still vote with a provisional ballot and their vote will count.

He says provisional ballots simply require some doublechecks to verify the voter is who they say they are…“When it comes out that you are, that ballot gets run through the tabulator just like any other ballot. We’d love everybody just to use that Government issued Photo ID, it makes it easier and a little bit faster….but if you’re registered, you can vote. And frankly that’s something that we should all be able to agree on.”

Ashcroft also says changes to the law requiring those helping people register to vote are aimed at protecting the voters themselves.

The dinner is Saturday evening at the Community Christian Church in Camdenton.