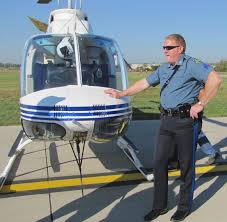 A lake area man is getting high honors from the Missouri Highway Patrol.

Officials say they are recognizing Southwest Electric Technician Kurtis Brown with an Honorary Trooper Award for his actions that saved the lives of two people trapped in an armored truck.

They say Brown was traveling on Route J near highway 54 on May 27th when he came across the truck, which had crashed into a tree and was on fire.

Brown acted quickly to force open the door and helped the people inside get out safely, just as the truck began to fill with smoke.

The driver did sustain minor injuries but the passenger was unharmed.

The Highway Patrol plans to hold an award ceremony for Mr. Brown and his supervisor at the Camden County Sheriff’s office on July 30th.

The award is presented to a non-employee who performs in an exemplary manner, and under dangerous conditions, to aid another, or who unselfishly assists a member in the performance of their duties.

The following is the nomination from Sgt. Matthew Cody:

Upon my arrival, I found the crash to be an armored truck which had struck a large tree head-on and caught fire.  I spoke with the driver, who sustained minor injuries and refused treatment.  The passenger was uninjured in the crash.

Due to the massive impact with the tree, the armored truck’s doors became jammed.  The driver and passenger found themselves surrounded by heavy bulletproof glass and the fire continued to grow.  They attempted to force the doors open from within but were unable to free themselves.

Southwest Electric Cooperative Staking Technician Kurtis Brown came upon the crash and noticed the growing fire.  He checked on the vehicle and found it to be occupied. Brown did not hesitate and quickly initiated efforts to free the occupants as the armored truck began to fill with smoke.  Brown attempted to break out the windows with a hammer but had no success.  Brown redirected his efforts to the doors and attempted to pry them open.  Eventually, Brown was able to pry the driver’s door open, freeing the driver and passenger before the armored truck became fully engulfed in flames.

Kurtis Brown saw someone in need and put their well-being above his own.  He was undoubtably committed to ensuring he did everything he could to free them.  I believe Kurtis Brown no doubt saved two lives and is worthy of appropriate recognition.”