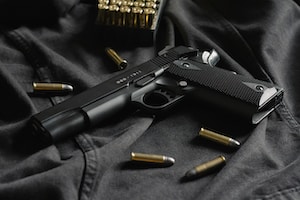 State Senators in Jeff City are talking about the Second Amendment to the U-S Constitution.

Senator Eric Burlison of Battlefield brought Senate Bill 39 to the floor of the Missouri Senate, his proposal would create the Second Amendment Preservation Act “Governments too often turn to tyranny and they attack individual rights, when their Governments grow to large. This results in the loss of individual rights and lives.”

Supporters say their idea comes because of executive actions from Washington, D.C.

Senator Karla May of St. Louis mentions she does not see the need for this legislation “I think that we take an unrealistic look to the 2nd Amendment. And I really think this is a solution, in search of a problem.”

Senate Bill 39 has been laid over for future consideration.

Next up for lawmakers will be the operating budget for Missouri’s next fiscal year. By law, the budget has to be complete by 6 p.m. on Friday, May 7. Fiscal Year 2022 will start on July 1.