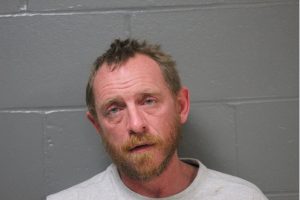 A Sunrise Beach man is facing domestic assault charges after the victim shows up beaten and bruised at Lake Regional Hospital.

According to the Camden County Sheriff’s office, deputies were called to the hospital when the 78-year-old unidentified victim arrived with serious injuries.

Investigators claim the victim was choked, bitten and assaulted by another family member.

On 02/07/21 deputies responded to Lake Regional Hospital to meet with a 78-year-old victim of Domestic Assault. The victim had been reportedly choked, bitten, and assaulted by a family member. As a result, the victim received serious injuries. Deputies were able to locate a suspect and he was taken into custody without incident.

Shane L Anderson age 42 of Sunrise Beach was charged with Felony Kidnapping and two counts of 2nd Degree Domestic Assault. He remains at the Camden County Correctional Facility on a $30,000.00 surety bond.