One man is in jail and a deputy’s cruiser is heavily damaged after a pursuit in Camden County.  The Sheriff’s office responded to a call of a domestic assault on Hidden Drive in Camdenton, but when they arrived they found the suspect had left the scene. He was later located in the area of Highway 54 and the North 5 Exit.  When the officers tried to stop the suspect, he accelerated and tried to escape.  When a deputy tried to pass him to get in front, the suspect began repeatedly ramming the patrol vehicle on the Dry Gap Bridge, disabling the cruiser. 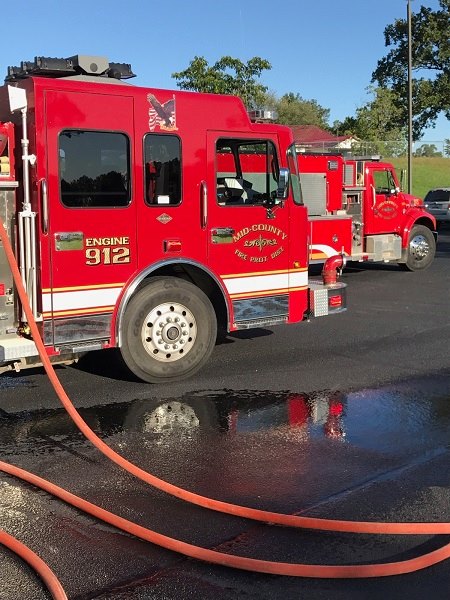 The suspect’s vehicle was disabled when he tried to drive through a ditch.  When he got out of the car the suspect advanced on the deputies and was subdued with use of a taser.  The deputy was sore but didn’t suffer any serious injuries.  The suspect is identified as Daniel Gaines.  He’s charged with  domestic assault, assault on law enforcement, property damage, resisting arrest, and a misdemeanor drug charge.