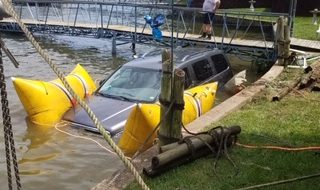 A Mexico, Missouri man accused in a brutal beating death at a campground near Bagnell Dam is scheduled to be in court next week. A case review is scheduled for Monday for John Joe Powell. Powell allegedly beat, tortured, and dragged 55-year old Mark Johnson behind a vehicle in September of 2017. Johnson later died from his injuries. Prosecuting Attorney Ben Winfrey has previously indicated that he intends to seek the death penalty if Powell is convicted.