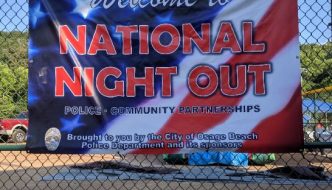 The Lake of the Ozarks Trail Race Series will make a return next year. Organizers of the series, spearheaded by founder John Shelby, say the “Rocky Top 5K” is on the calendar for July 11th in the state park near public beach-2. The “Rocky Top 5K” is the second race in the trail series following on the heels of this year’s flagship race, the “Trail of Four Winds 25K,” which sold out. Shelby says the 5K trail will appeal to trail veterans and trail newbies alike. Registration and more information about the “Rocky Top 5K” and other trail race series events is available online at www.lakeoftheozarkstrailseries.com.