Two Vehicles Pulled From The Lake Near Niangua Bridge 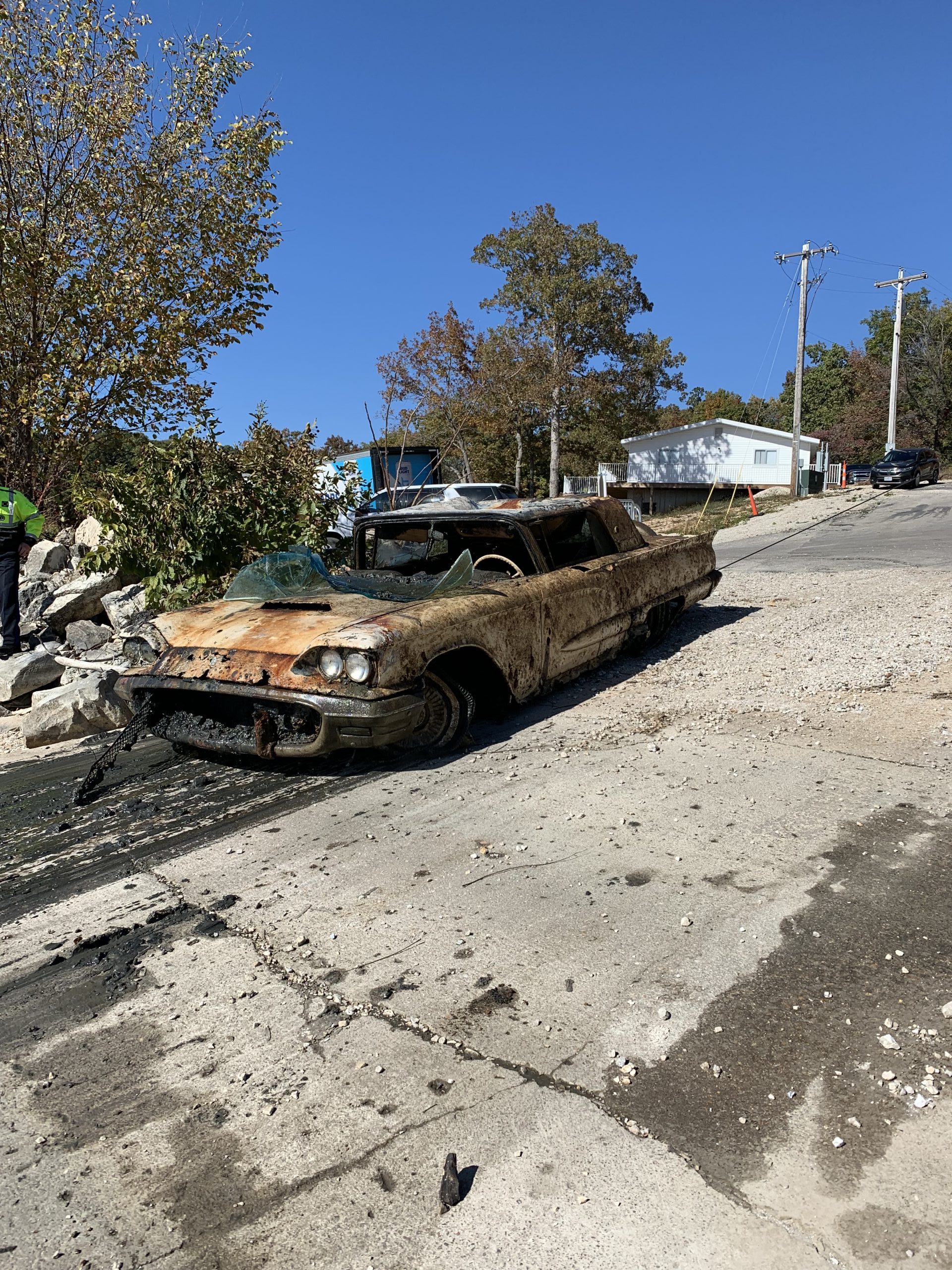 An underwater search conducted this week as part of a renewed effort to find out what happened to a Camden County man yielded the discovery of two vehicles in The Lake.

It’s not clear whether they are in any way connected to the 2013 disappearance of Donnie Irwin of Camdenton.

The cars were then hauled out of the water by the Sheriff’s Office, Highway Patrol and the Mid-County Fire Protection District.

Hines says the Chevy was reported stolen in 2005 from A Sunrise Beach-area motel while the Thunderbird’s history is not known.

Investigators are hoping anyone who has any information any either of the cars will contact the Sheriff’s Office.

He also says they are seeking any information that could solve the case of Irwin’s disappearance 9 years ago.

Camdenton, MO, 10-21-22 – On Tuesday, 10-18-22, detectives from the Camden County Sheriff’s Office met with the Missouri State Highway Patrol Water Patrol Division and the Mid-County Fire Protection District near the Cave Restaurant on North Missouri Route 5.  There, near the Niangua Bridge, they recovered a 2004 Chevrolet Cavalier and a 1958 Ford Thunderbird. Recent underwater search efforts by two private recovery/rescue teams led them to the area.

Both teams, Chaos Divers of Illinois and Adventures With Purpose of Bend, Oregon, had recently explored the area and discovered underwater anomalies during their search for missing Camdenton veteran, Donnie Irwin.  Mr. Irwin went missing in December of 2013 when he drove away from his South Camdenton home.  The case is still open.

The 2004 Chevrolet Cavalier recovered was reported stolen in 2005 from a motel in the Sunrise Beach area.  The origin and ownership of the 1958 Ford Thunderbird recovered are still under investigation.  So far detectives have discovered it to be a hardtop model originally painted Winterset White with a black and white vinyl top.  The car was originally equipped with a 352 V8 with a 4-barrel carburetor and a 3-speed automatic transmission.  The vehicle was built in the Wixom, Michigan assembly plant.

Anyone with information about either of these two vehicles is encouraged to contact the Camden County Sheriff’s Office Detective Bureau.